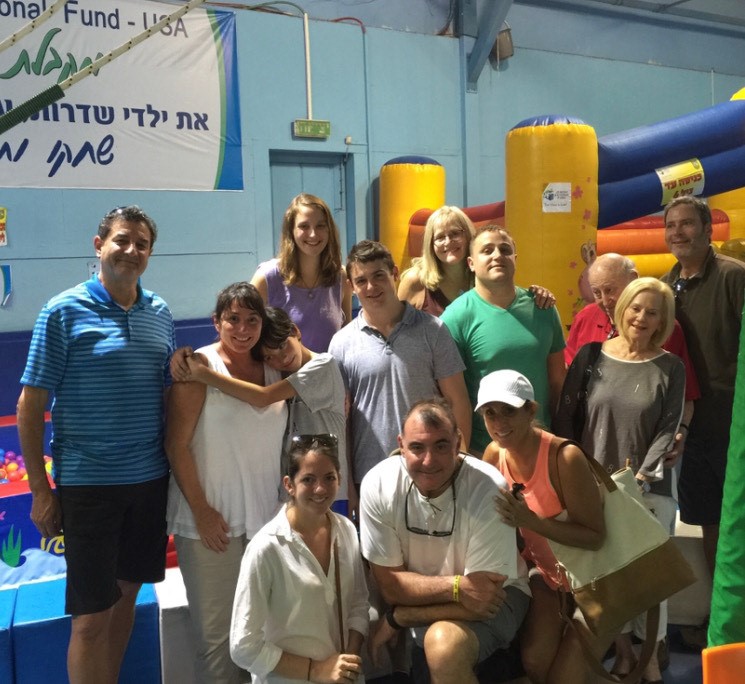 When you think about the suburbs in the 1960s, you might picture ranch houses and neighborhood barbeques hosted in postage-stamp-size yards. Girl scouts gathering in church meeting halls and rowdy Little League games played in community parks. For America’s Jewish kids, there was also the unwelcome addition of Hebrew school a few afternoons a week.

That yellow bus picked me up right in front of my house to begin the long journey from the “burbs” to Squirrel Hill-Pittsburgh’s promised land of Jewish culture, bagels, and synagogues.

At the tender age of 8, I took my spot twice a week on the bus’s sticky seat to go to my lessons at the Hebrew Institute. Who remembers much about their Hebrew school years? I can't recall a single classmate. I don't remember my teachers’ names. Yet from those candy-fueled, late-afternoon Hebrew school years, an indelible lesson was etched into my brain, written in a strong-smelling thick black permanent marker: The Nazis killed 6 million Jews.

Our morah, our teacher, wore a slightly askew short dark wig, directed her voice to her distracted class in an accent and with seriousness that still jolts me almost 60 years later. “Six million,” she said. “The Germans, the Nazis, they killed 6 million Jews. It's a number so huge you can't even imagine."

I remember looking out the window at the snowflakes falling in front of darkened skies. My 8-year-old mind wondered: All those snowflakes, are they 6 million? More than the snowflakes, my teacher told us, explaining in a dialect that suggested she very well may have been speaking from firsthand knowledge. Her voice gained volume and momentum, her passionate lesson found its way into my malleable forever consciousness. This suburban kid was horrified. Mesmerized. Terrified.

But this is also part of the memory: As the morah continued, my heart pounded as my eyes darted around my classroom that had all the trappings of modern Zionist education: the Israeli flag, the long cardboard poster of the Hebrew aleph bet worming its way across the walls, and a large tree, made of brown shopping bag paper, stapled to the bulletin board. Each branch of the tree had a hand-cut leaf with a classmate’s Hebrew name crayoned on it. Miriam. Shmuel. Sharoni. Because Tu B’Shvat was in the house and my class was planting trees in Israel, one 10 cent leaf at a time. The Holocaust was the Jews' terrifying history, but Israel was our future. Israel must be our future.

Who could imagine that a lesson learned more than a half century ago could be my why? It may not be THE why, but it’s a part of the journey that seems to have led me to working on various projects at Jewish National Fund-USA, including the department that markets and plants those iconic JNF-USA trees. And I've branched out (pun a little intended) to serve as the national chair of JNF-USA’s community campaign, and why I serve on our local JNF-USA board of directors. (That's me in the top photo, in the back row on the right, with my family on a Levison family trip to Israel (thanks to Jarvin Levison), where we visited Sderot as part of the JNF-USA Wednesday tour.

I now understand JNF-USA does so much more for the land and people of Israel than plant trees, and yes, I’m still planting them in honor of... in memory of… and just because I love you. For in my mind, when I plant a tree in Israel, I’ll always see the paper-bag tree, covered with crayon-scrawled Hebrew names on hand-cut leaves, as the limbs that lovingly and mindfully support the future of the Jewish people.

Author Sharon Levison is JNF-USA's community campaign national chair and a member of JNF-USA's Atlanta board of directors.