Jack Rose got scholarship help as a kid, now pays it forward in Israel 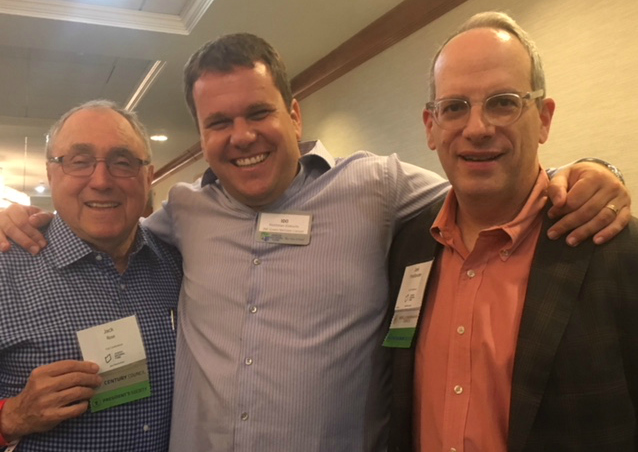 When Jack Rose was growing up in his native New York City, he never could have imagined the life he'd lead as a philanthropist and leader in the Jewish community.

Jack was raised by a loving single mother who worked multiple jobs to put food on the table. Thanks to a scholarship provided by his local Jewish social services organization, Jack and his sister got to discover and experience the outdoors at a summer camp -- an opportunity that left a lasting impact on him. As an adult, Jack became a talented engineer and worked his way up the corporate ladder through hard work and long hours, eventually building a professional reputation for himself and always exploring ways to give back.

In 2000, Jack found his philanthropic home with Jewish National Fund when he was asked to sponsor a fundraiser supporting JNF's water conservation efforts in Israel. In addition to agreeing to be a sponsor, Jack spent time researching and learning about the various programs and projects Jewish National Fund supports in Israel. That’s when he learned about Green Horizons, a JNF partner that promotes leadership skills and love of the land for kids and teenagers in Israel, and it brought back childhood memories of those who helped him and his sister experience nature and leadership opportunities in a safe outdoor environment. Shortly after, Jack traveled to Israel on a JNF mission, met the Green Horizons scouts he was helping fund, and was hooked.


"I felt that I was at a point in my life where I had an obligation to pay it forward," said Jack while visiting the scouts in Israel. "It was heartwarming to watch so many kids have the opportunity to learn important life skills alongside other kids, on their own level."

Sadly, tragedy struck a couple of years later when Jack’s son, Erik, suddenly passed away. Bewildered and grieving, he immediately contacted Jewish National Fund to establish a scholarship fund in his son's name and memory. The Erik Rose Scholarship Fund has raised over $150,000 and serves as a lasting legacy to Erik's life.

In addition, Jack and his family decided the most effective use of these funds would be to establish an endowment that would yield enough annual funds to offer two scholarships -- one for a boy and for a girl -- in perpetuity. As a result, Jack and his family receive profiles of students in need in Israel and personally interview the candidates and follow their journey with Green Horizons. They also receive personal notes and cards from the kids who have received the scholarship throughout the year.

For Jack, who is a proud member of JNF's President’s Society, the goal was always clear: to invest in and build human capital for Israel’s future.
PLANT TREES IN ISRAEL