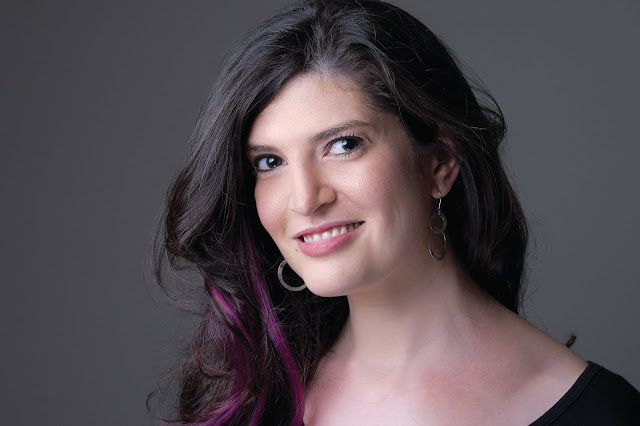 Author Civia Caroline has been involved with JNF since 2014.

My Jewish National Fund story began with a sheet of paper and a pen. It was 2014, and my first time participating on the JNFuture Leadership Institute Mission, an educational retreat in Israel to learn about JNF's work. JNF CEO Russell Robinson asked us to draw "our story." I had been involved with Jewish National Fund on a local level in Los Angeles, but it was the first time I had to ask myself, "Why am I here? Why is this important to me?"

The answer came to me quickly. I grew up with the strong values of tikkun olam and Zionism instilled in me by my parents, and Israel was always part of my DNA. I was raised in an observant household, Israel is where we pray toward, it’s the Promised Land, and it’s also where my extended family lives. It was never something I had to think hard about or work hard for.

As I started to forge my own path and a career in the music industry, I found myself surrounded by people from very different backgrounds. Most in my social and work circles were either not Jewish or completely disconnected. I felt something was missing, so I began to really search for it.

The answer came from the most unlikely place. At the time, I worked on the management team for Grammy-award winning singer-songwriter Jason Mraz. Mraz liked to plant trees as holiday gifts for people on his team. For the Jewish people on his team, he wanted to plant trees in Israel and asked me how he could do that. I remembered JNF's tree certificates and I purchased trees through JNF in Mraz's name, but all the contact information was in my name (for privacy reasons). I received a call from JNF’s executive director in LA, and when I was exposed to the breadth and scope of what Jewish National Fund does, I was sold.

JNFuture, JNF's network for young professionals, was the community I was searching for. I never thought of myself as a leader or an activist -- JNF taught me how to be one; actually it showed me I already was one. JNFuture helped me discover aspects of myself I didn’t even know were there.

In 2018, my life changed again when Myra Chack Fleischer, national president of Women for Israel (WFI), asked me to join the WFI Executive Board -- it was a no-brainer. JNFuture past president Lauren France and I joined the WFI Executive Board to help build that critical bridge between JNFutures and WFI. It can be difficult to find the right balance between work, life, and philanthropy, but women are powerhouses in philanthropy today. We give for different reasons than men, and our giving outpaces theirs.

Women for Israel provides a place within Jewish National Fund for women to grow and develop their philanthropic lives, to lead by example, with heart, and passion. I also have been privileged with many extraordinary women as mentors.

My leadership journey began with serving on my local LA JNFuture Board, then the National JNFuture Board, and now I am on the National Women for Israel Executive Board and founder and chair of the Arts & Entertainment Task Force. Join us and embrace the leader inside you with like-minded, powerful women.

This article originally appeared in the summer 2019 issue of B'Yachad. Click here to read the rest of the issue.
PLANT TREES IN ISRAEL