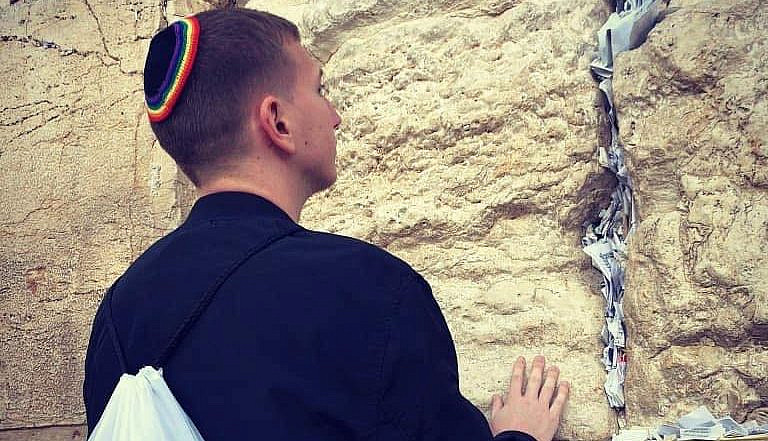 I grew up in a small and fairly conservative town in Iowa. In 2009, Iowa became the third state to pass marriage equality through a unanimous Supreme Court ruling. I was still a young closeted kid at that time but understood the magnitude of this ruling. With the 2010 midterm elections around the corner, I knew I needed to act to protect my newly awarded rights, so I decided to come out at a young age. Being the first openly gay kid in this small town was no easy task, but it set me on a journey that would shape me forever.

After coming out, I got deeply involved in politics and social justice movements. What started as being an LGBTQ activist, I quickly became a vocal supporter of other marginalized communities fighting for equality. Before I knew it, my activism had expanded to fighting for gender, racial, and economic justice, molding me into who I was destined to become.

By the time I got to college, I was already working in politics for several years and active with many different social justice causes. However, I was about to unearth a new identity that would also have a profound impact on my future. When I was a freshman in college, I found out in a DNA test that I was Jewish through my mother’s side. I was raised in a fairly agnostic and liberal household and wasn’t sure what to think about this new layer of my identity.

After discovering this, I reached out to the Hillel on my campus at the University of Iowa to learn more. I worked with the local Hillel Director and rabbi to learn more about Jewish customs, history, and culture. When I learned about the concept of Tikkun Olam, I felt a deep attachment to it as someone who had been fighting for social justice for some time already. I finally understood where this deep sense of responsibility to make the world a better place was coming from. It didn’t take long for me to fall in love with my newfound Jewish identity and immerse myself in the community. As I got more engaged, the local rabbi suggested I take advantage of my birthright trip and visit Israel.

I had only left the country once before and wasn’t sure how I would feel about traveling across the world to an unfamiliar place, but what college kid is going to turn away a free trip? As I flew into Tel Aviv, I was overcome with emotion. My eyes filled with tears as I felt a sense of homecoming rush over me. As I embarked on my journey to Israel, I was completely mesmerized by everything I saw, the people I met, and the stories I heard. Halfway through my trip, I asked my trip leaders if they could organize a bar mitzvah for me. To my surprise, within a few days, they put together a bar mitzvah and I became an official member of our tribe in our ancestral homeland with 30 strangers who I was united with through our shared Jewish identity.

What I saw in Israel was a story of the world’s most historically oppressed group of people who not only survived centuries of oppression but finally decided to take control of their own self-determination and preservation as a people. The story of Israel and Zionism resonated with my values and commitment to social justice. Zionism isn’t a “political movement” as its opponents chalk it up to be, it is a movement for social justice that saw a marginalized people whose experience with oppression and genocide was far too common to seize control of their own destiny. What I saw didn’t reflect what I was being told about Israel in the progressive spaces I was operating in at home. When I returned from Israel, I knew that I wanted to dedicate the rest of my life to making the progressive case for Israel.

Those of us who work in progressive spaces know how challenging it has become to be both progressive and a Zionist. From incidents like the Chicago Dyke March and the Women’s March, we see ourselves being pushed out of these spaces or asked to check our Zionism at the door to participate in them. Many of us are conflicted about the false choice of choosing between our progressive Jewish values and our attachment to Israel. The latest movement for racial justice puts many Jews in an uncomfortable position due to some problematic views of the leaders of the Black Lives Matter movement when it comes to Israel. Many Jews who are committed to fighting racism have sat out the ongoing racial justice movement due to this. However, we do not have the luxury to sit out of these spaces any longer. We must commit ourselves to fight for the justice of all marginalized communities because our experience with oppression is all too similar to the struggles these communities are facing today. Our commitment to Tikun Olam cannot be shaken due to the rising challenges in these progressive spaces.

I implore all of you who are committed to social justice and Zionism, to proudly stand up in these progressive spaces and fight for your full inclusion in them. Educate folks about the progressive case for Israel and about our own experiences with oppression and marginalization. I ask that you put the discomfort aside, engage in these movements during a critical time, and show up authentically as yourself. By doing this necessary but difficult work, we can not only fight for a better society, but we can create more relationships with other marginalized communities to help better educate folks about the Jewish community and why Zionism is important to so many of us. Together, we can reject the false choice of being progressive or being Zionist, and make the world a better place in the process.

Author, Quentin Ozeri is an LGBTQ and progressive pro-Israel advocate who is the Jewish National Fund-USA Associate Director of Greater Los Angeles. To talk all things Israel, you can reach him here.

This blog was originally published in 'The Times of Israel'. Click here to view.