Shabbat on the Strip: Doing Vegas with dozens of young JNF leaders 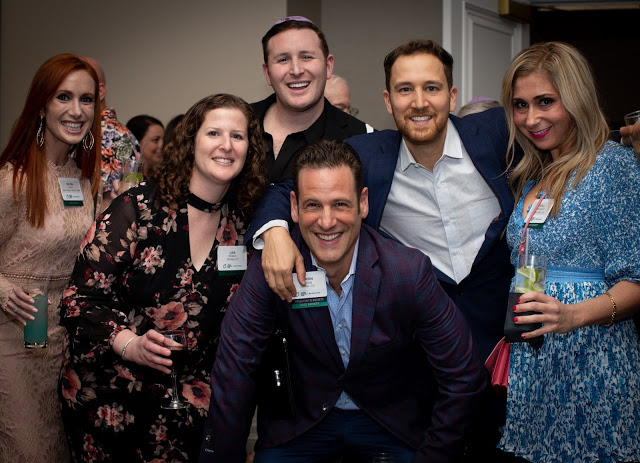 Why would young professionals from all over the country come to Las Vegas and spend their time and hard-earned money sitting in a hotel board room instead of hanging out by the pool or partying in casinos?

That question takes me back to the beginning of my Jewish National Fund journey. It started two years ago when I googled "young professional trip Israel." I had recently returned from Israel after traveling there on a women's trip through my synagogue, where I easily brought down the average age by 30 years. I don’t know exactly what it was, but I was connected to Israel, and I wanted to go back, but this time with my peers. One of the of the first Google results that appeared was for the JNF Young Professionals Tour, and without hesitation I signed up for the trip, booked a flight, and three months later I was on my way to Israel.

For eight days I toured the country with 30 of my peers. We crisscrossed the country from Tel Aviv to Jerusalem to Masada. It was on the eighth and final day when we visited the Sderot Indoor Playground and Aleh Negev, and I just knew I wanted to stay involved. In two short years, I have chaired the Young Professionals Tour, joined local and national JNFuture boards, and become a proud member of the Gaza Envelope Task Force.

Fast-forward to last weekend. Me and more than 50 of my peers attended Jewish National Fund's fourth annual JNFuture Leadership Institute Summit (JLIS). JNFuture consists of young professional ages 22 to 40, and is made up of over 1,000 donors spread across over 20 chapters in the US.

We attended workshops and training seminars led by many of Jewish National Fund’s esteemed professional staff and top lay leaders. Programming sessions were geared toward learning best practices for donor retention and stewardship, event planning, board development, and social networking. We were also fortunate to have a question and answer session with Jewish National Fund's Chief Executive Officer, Russell Robinson, and National Board President Dr. Sol Lizerbram. JLIS wasn't all work. We also participated in the inaugural Shabbat on the Strip, which allowed us to come together and celebrate as a Jewish community.

There are few organizations that invest their time and money in young leadership. The leadership and communication skills I have learned not only help me become a better JNFuture leader, but also have impacted my career. Most importantly, I have been able to share my love for Israel with other like-minded young professionals nationwide. I have been fortunate to develop friendships across the country, and have traveled from Boston to New York to Arizona to Washington D.C. to support my fellow JNFuture lay leaders in our mission to support the land and people of Israel.
PLANT TREES IN ISRAEL