After days of war, giving kids a chance to be kids 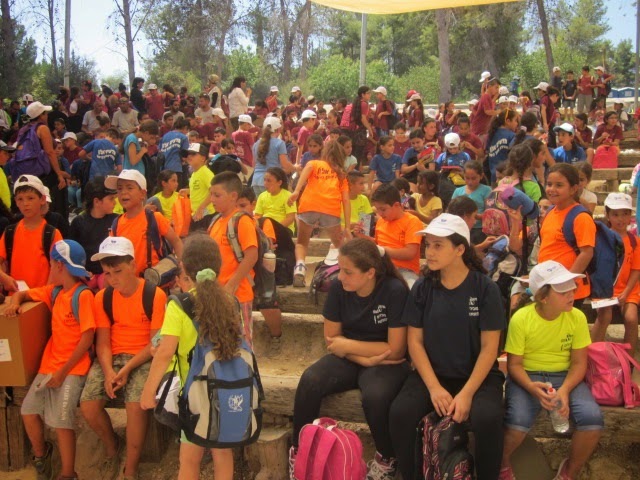 More than 2,000 Israeli kids enjoyed a much-needed reprieve from months of fear and tension recently when the Jewish National Fund took them on a field trip to the biblical gardens of Neot Kedumim, halfway between Tel Aviv and Jerusalem.

In Israel, such a day is called a yom kef, or a fun day. The field trip included 1,500 elementary school students from Sderot, a city of 24,000 located less than a mile from the Gaza border. For them, the day offered dramatic relief from the tension they live with every day.

The fun day for the children from Sderot came together in just 72 hours. Driven by their desire to do something special for the children of Sderot, staff from JNF, Keren Kayemeth LeIsrael (KKL), and Neot Kedumim, as well as administrators from every elementary school in Sderot, worked around the clock to coordinate the complex logistics of the day.

"Today was a day of relief for the children of Sderot," said Alon Badihi, executive director of JNF Israel. "We want them to know that we love them. We want to thank them for being there for the Jewish people. We want to send them the message of how important it is for Jewish children all over Israel to keep living their lives and to remember how to have fun."

Although Operative Protective Edge is officially over, the children of Sderot, living so close to the Gaza border, have been living under rocket fire all their lives.

Mark Ifraimov, deputy mayor of Sderot, explained how the city does what it can to provide psychological support to parents and children, many of whom have never known a day free of the fear of missile attacks. "Resources are limited, and there is little money for private therapy," he said. "So the value of a day like this, where the children from Sderot experienced complete freedom to run around, scream and just be kids, cannot be overestimated."

The energy on-site was palpable. On a day jam-packed with activities, the kids got free JNF hats and JNF backpacks filled with markers and candy. They followed teachers and guides on mini-tours of the biblical gardens of Neot Kedumim. They learned Israel's geography through fun and highly interactive games, led by counselors from KKL. Without question, though, the highlight of the day was the famous stars of Israeli children’s television who sang live on the main stage. These performers succeeded wildly in getting the children laughing, jumping out of their seats, dancing, and competing for which group could shout the loudest.

At the same time the older children were bouncing around Neot Kedumim, all 300 of Sderot's first-graders were being treated to a special fun day of their own in the 21,00- square-foot secure indoor recreation center that JNF funded in 2009 so the children of Sderot would always have a place to play in safety.

This special fun day for the children of Sderot was sponsored by American donors to JNF who contributed to the Emergency Campaign that JNF ran during Operation Protective Edge, raising more than $6 million to help the people of Israel through the conflict. 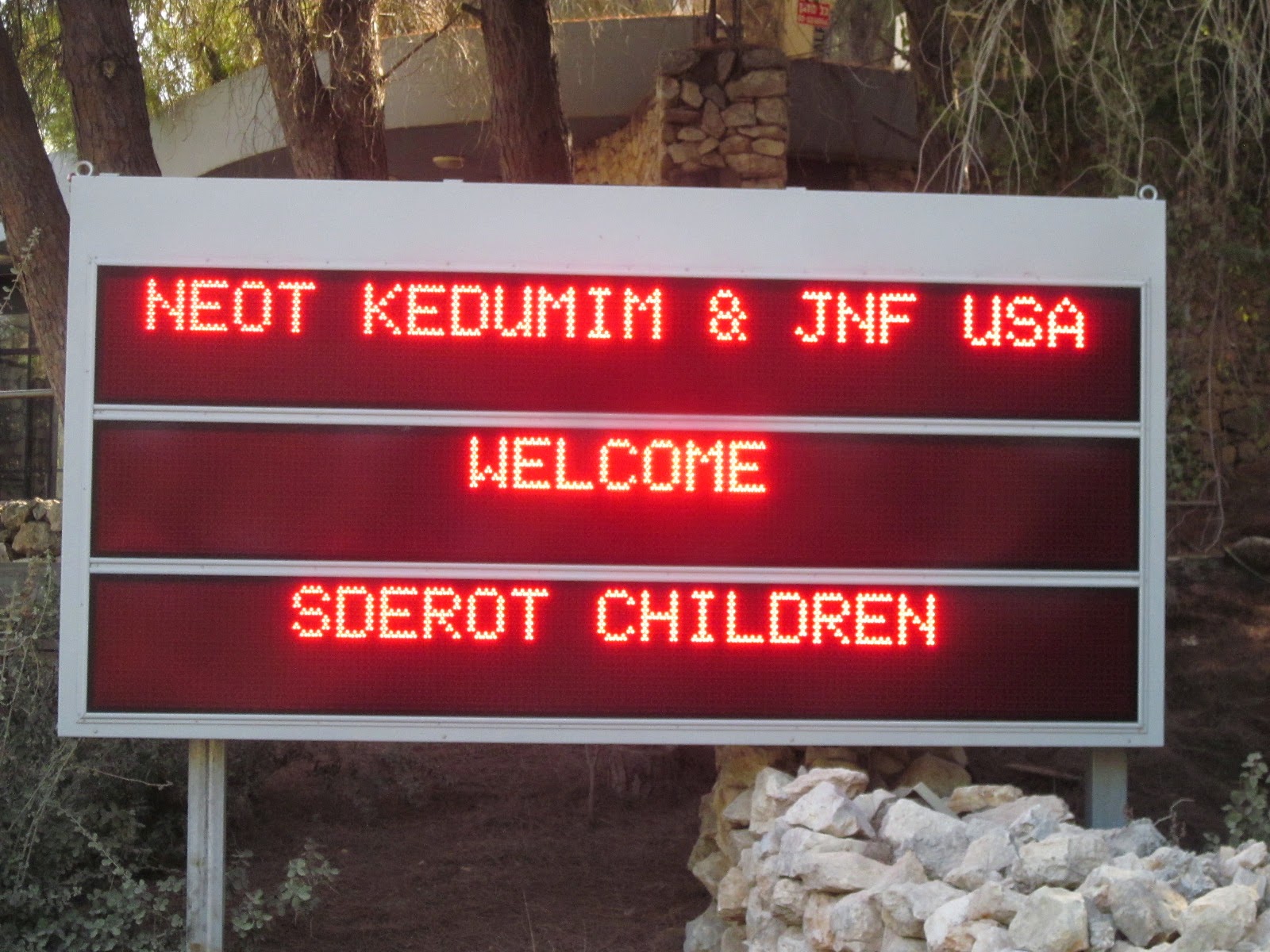