1,000 strong in Israel: 'I wish it would never end,' teens say of four-month AMHSI adventure 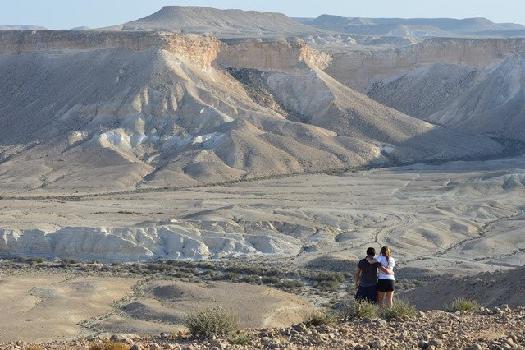 This winter alone, the JNF hosted over 1,000 young people in Israel -- through programs such as Alternative Break, JNFuture Volunteer Vacation, Alexander Muss High School in Israel, JNF on Campus' Caravan for Democracy, and Taglit-Birthright Israel-Shorashim. We will be profiling some of the trips, and you can see more directly through the eyes of the participants by searching the #PoweredByJNF hashtag on Facebook, Instagram, and Twitter.


"History became so real," said 17-year-old Sydney Weinger of Nashville as she boarded a bus to Ben Gurion International Airport last week after spending four months in Israel at the Alexander Muss High School in Israel.

Weinger's friend and fellow program participant, Anna Koren, expressed similar sentiments. "Being able to learn about Israel, not from a book, but from actually being able to go and experience and see the sights -- I wish it would have been longer," she said.

AMHSI-JNF is an academic and experiential program for high school students. Founded in 1972, the program is now funded and operated by Jewish National Fund. It offers formal classroom study and experience-based learning, enhancing students' intellectual understanding of history and their emotional connection to their identity.

Koren says she was heavily impacted by the experience. After participating in Gadna, an Israel army program, she says she thinks she will come back and volunteer in the Israel Defense Forces (IDF).

Like other AMHSI students, Weinger, on the other hand, is already considering making Israel her new home. She credits AMHSI-JNF with making her prouder to be Jewish and helping her realize what it means to have a homeland.

"I feel at home here, like I can be myself," Weinger said. "It is the place I am happiest in the world."
While some of the students had been to Israel before, many others came for the first time. Lilly-Anne Nettheim from Australia, had always wanted to go to Israel but didn’t know when and how it would happen. When she learned about AMHSI-JNF from her friend, she decided it was an experience she couldn’t pass up."I couldn’t picture what Israel would look like. I looked at photos online, but that is never the same," said Nettheim, 16. "It is amazing! Also this experience would not have been the same without the group I was with -- I just really loved it."

In a note sent to her counselors, Nettheim said, "Our entire group, they grew with us and we formed a little family. Although four months is only a short amount of time, I think we all proved that a short amount of time is not wasted. We have created some unforgettable memories. I think it's really amazing how all of us got so close, so quickly."

"I have made some life-long friends," 16-year-old Zoe Tselos of Minnesota said, explaining that she was assigned her roommates, but she chose to hang out with them outside of their room.

"I think I can say I am friends with every single person here, which is really nice," Tselos added. On the one hand, she says she learned that Israel is not only the Bible, but a vibrant state full of life, cultural events, and all threads of Judaism, but she also learned about herself. During hikes and other challenges, she said she would often complain. But as her four months was coming to a close, she realized that every moment was special.

"Live life to the fullest, that is what I learned. On a trip like this, you should love every moment -- the hiking, the food, the friends -- everything," she said.

Nettheim chimed in and said, "We've had a lot of fun times together and I wish it would never end."
PLANT TREES IN ISRAEL