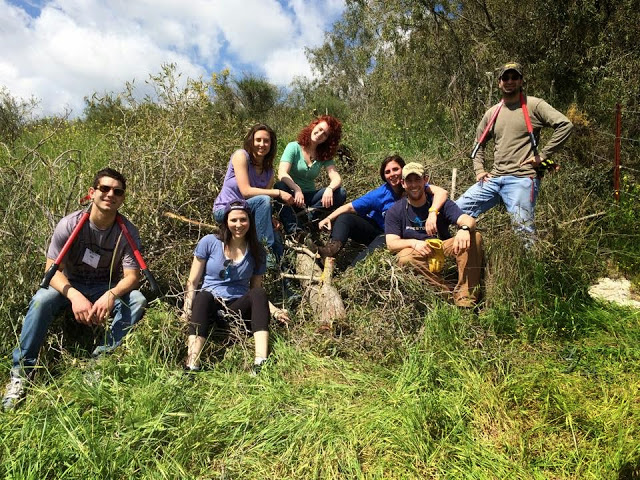 The second day of Jewish National Fund's Alternative Spring Break for Young Professionals was particularly special, as Israelis went to the polls. As we embarked on another meaningful day of volunteering, I reflected on the vibrancy of Israel's democracy and the vast diversity of opportunities, challenges, and visions for the future of this tiny, but beautiful and important country.

We spent our morning in one of Haifa's oldest neighborhoods, Bat Galim, working with a local resident on the beautification of his small, self-made community garden. We jumped right in after a brief introduction from the two main gardeners, Omer and Tzur, and for several hours, we removed overgrown weeds, prepared plots for summer crops, developed artwork, and planted herbs and fruit trees. We definitely broke a sweat, and by the time our service hours were over, the garden looked completely different than it did when we arrived. Omer and Tzur, who have been working for seven years to bring members of the community together in their once neglected space, were very grateful for our assistance and enthusiasm.

As a complete contrast to the small scale, independent garden nestled behind the city's railway, we continued our day experiencing the rest of Haifa atop the Carmel mountain. Overlooking the Mediterranean Sea from Haifa's main street, we explored the perfectly manicured 19-tiered Baha'i Gardens and learned about the history of the religion in Israel, as well as the general development of the city. Haifa is Israel's third largest city, home to Russian immigrants, a shipping industry and a melting pot of Jewish, Muslim, and Arab Christian residents. 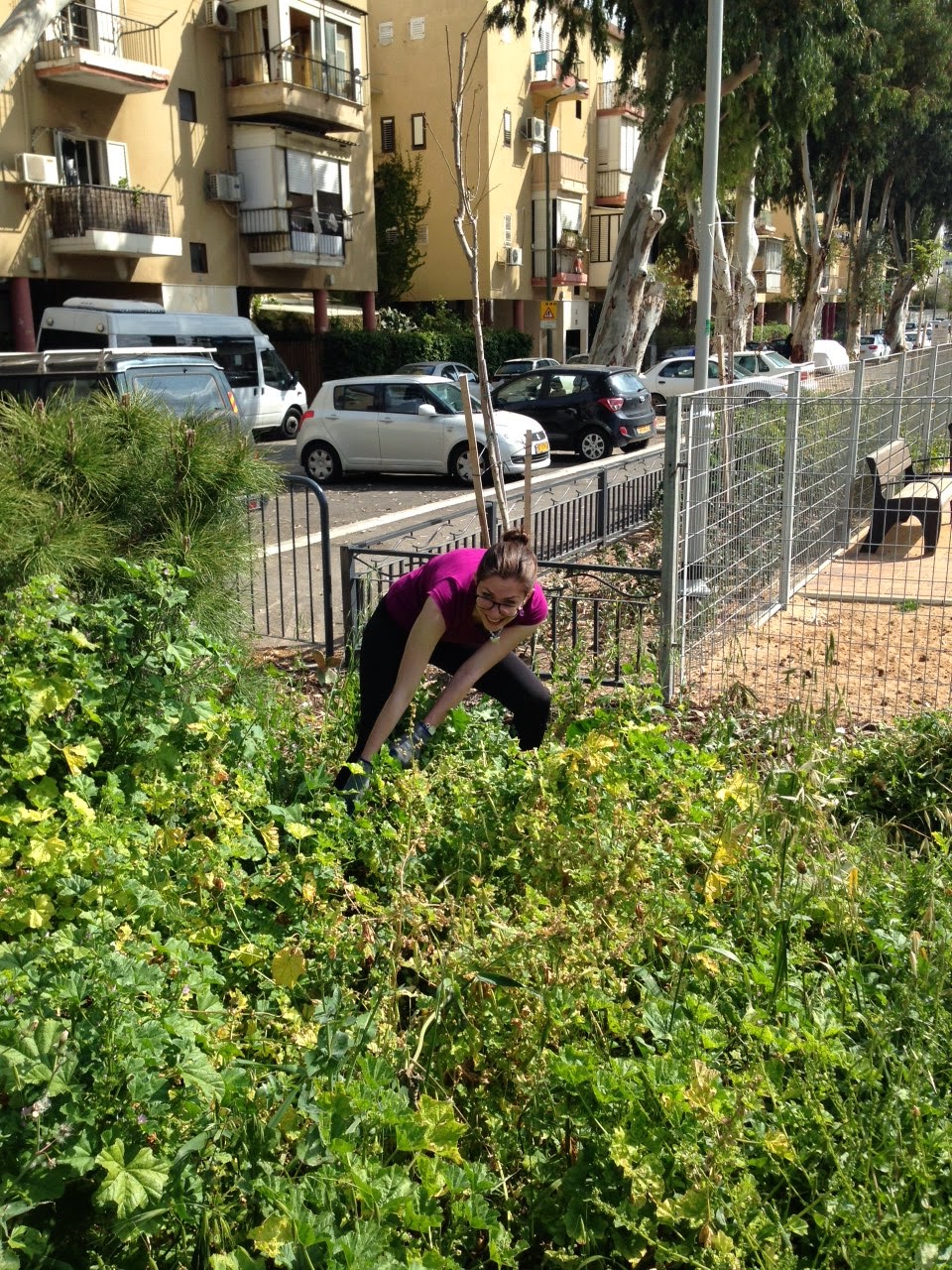 Down the mountain, we had a unique opportunity to walk the streets and visit shops, mingling with passersby in the historic German Colony. When I was buying an ice cream with some friends from our group, I approached the manager to find out about his views on Tuesday's historic election. At 19 years of age, this Arab Christian Israeli aspires to a career in biomedical engineering, following in the path of his father and friends who work in medicine. He had voted earlier in the day, and he is most hopeful for results that will enable a more equal society for Arabs and Jews in Israel.

He used Google Translate on his iPhone to bridge the language gap and was very friendly and open to this discussion. Others were ambivalent toward any candidate or party and were more interested in selling lotto tickets and carrying on with their regular lives. Our wonderful tour guide, Lilach, and guard, Alon, explained the background on Knesset dynamics as well as the personal significance of the election and the importance of all Israelis exercising their right to vote. As an American, it was interesting to me to hear different perspectives on the election and to be inspired not only by the dozens of ideas and political platforms, but by the energy that Israelis have toward their future.

On the whole, Tuesday was physically and mentally exhausting. We accomplished a lot and made a big difference to a small community. As initial election results came in, and as I scrolled through the photos from the day, I thought of a line from Hatikvah, Israel's national anthem -- "Od lo avda tikvateinu, hatikvah bat shlosh alpayim, lihyot am chofshi b'artzeinu" (our hope is not yet lost, the hope of 2000 years, to be a free people in our land).
PLANT TREES IN ISRAEL