Israel 'not black and white and simple,' Caravan for Democracy student concludes 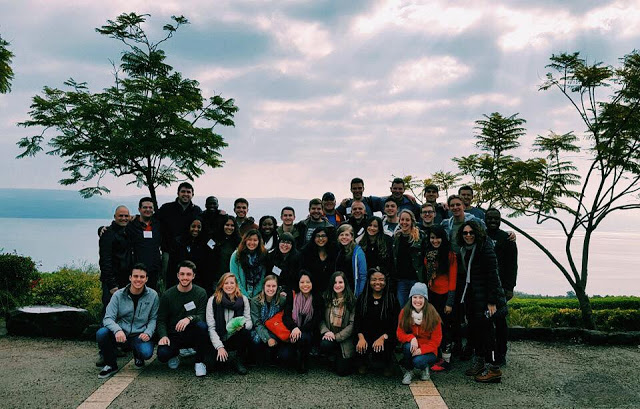 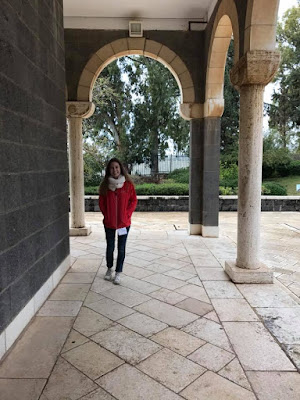 The Caravan for Democracy Student Leadership Mission is a 10-day, fully subsidized trip to Israel for non-Jewish student leaders who have never been there. The unique educational program gives participants the opportunity to explore Israel by meeting with political, cultural, and community leaders from diverse backgrounds and faiths. Here, a reflection on this year's CFD trip by a Michigan State University senior.

Sunday, January 8th, I woke up to the news that four IDF (Israel Defense Forces) soldiers had been killed in Jerusalem in a place very near where I had stood less than a week ago. The entire 10 days I spent in Israel with 33 other student leaders I did not feel threatened or unsafe at all. Israel was normal. Israel is beautiful.

When I was notified of my acceptance into JNF's Caravan for Democracy, I thought I had a pretty solid view of what Israel was and a fair understanding of the conflict. I feel more confused now. I think that's the right answer. Israel is not black and white and simple. It's gray and complex.

As soon as I landed back in the U.S., family and friends wanted my input on the conflict, on Israel. Was I pro-Israel? I felt (and still feel) like a broken record telling people, "I don't know." "I don't understand." I do think, however, that those are the best answers I can give. I spent 10 days meeting with Israeli Jews, Israeli Arabs, journalists, and your average Israeli citizen. I was in the presence of seeing all perspectives. That for me, was the impact.

Toward the end of our trip we got to sit down and talk with five university students from Be'er Sheva, ask them what university life was like, the culture of Israel for young people and how they felt about the conflict. One student shared that he felt the government was too focused on the politics, on the broad spectrum, and not on the people. It would be much easier to resolve problems if we focused on the people.

When I was alerted to the attack in Jerusalem I couldn't help but stare at the four faces of the slain soldiers. Less than a week ago, I had met IDF soldiers who were staying at the same kibbutz as we were. They joined us on the porches of our rooms, sat with us and talked. I, at 22, was older than all of the soldiers.

A tragedy is much harder to stomach when you can get past the "broad issue" and look at the people. Numbers are easy to swallow. Faces, conversations, and laughter is much harder.

JNF's Caravan for Democracy has definitely left me more confused. I am not an expert. But I can be unbiased and have an educated conversation. I will not say whether I am pro or anti-Israel, but I am pro-people.

For peace to come in the Middle East, there needs to be a focus on all groups of people, on all differing communities. I truly believe that is what a majority of Israelis want. I also believe the other 33 student leaders -- brilliant, educated, and new lifelong friends -- will agree that a conflict is much harder to pursue when everyone looks at the individuals involved.
Micaela is a senior at Michigan State University, where she's a history major and a Jewish studies and museum studies minor. She's also the College of Social Science Achievement Gala co-chairperson, and a Michigan State History Association transitional leader.
PLANT TREES IN ISRAEL