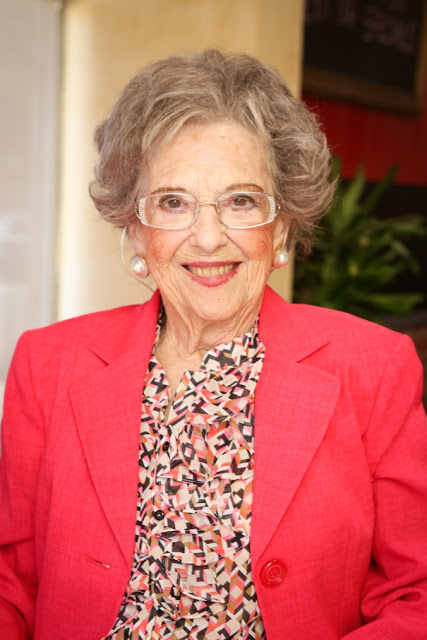 As Mother's Day approaches, I thought I would share some thoughts about my mother Shirley (z"l) and my daughter Lainey, both of whom are my role models.

My mother, at the age of 28, (an old maid at that time) ventured out on her own to Los Angeles from New Haven, Conn., by train. Scary as it must have been to travel on her own, she carried on with her dream vacation as her girlfriend decided to stay behind for a man she had recently met. As fate would have it, she met my father, and three months later they were married and she moved to Los Angeles.

Leaving a family far behind and starting her own family was not common in those days. My parents had a wonderful 46-year marriage. Unfortunately, my father Ted (z"l), predeceased my mother by 20 years. During their love affair, they raised a family, and worked side by side in creating a very successful business. They endured many hardships along the way, including raising a child who was brain damaged at birth. My brother Louis is the middle child and I am the "baby." Despite her many challenges, she volunteered at her synagogue and with many Jewish organizations throughout her lifetime.
I believe I derived my inner strength from watching my mother all those years navigate through stormy waters, trying to provide the best education, therapies, and living environments for my brother while not forgetting the needs of her other two children, her husband, and their business.

I learned to be empathetic, sensitive, and resilient from my mother, and made a conscious effort to instill these traits into my own children. She lived until the ripe old age of 95, only being bedridden the last week of her life, and knew who each family member was until the day she passed away.

Just as my mother did years before, I moved from my family in Los Angeles to Cincinnati for love. Jewish National Fund became my "extended family" in Cincinnati. For the last 32 years I have been actively involved in Jewish National Fund both locally and nationally. For almost six years, I have been on the National Board of JNF, serving three years as vice president of the Women for Israel campaign and now finishing my third year as president.

This role has allowed me the honor and privilege to meet women throughout the country who share a common love and passion for Israel. Most inspiring for me is to watch how each region has developed into dynamic, active, and very philanthropic groups of women making a difference in the lives of everyone living in Israel. I have developed amazing friendships along the way, that I know will stay with me for my lifetime. Working with so many fabulous, intelligent, and creative women has enabled me to grow as a leader and philanthropist and most importantly, pass all this along to my daughter and my son.

Lainey, my beautiful daughter, was raised from birth in the "family" of JNF. It's no wonder that she made aliyah six years ago. After spending a semester at the Alexander Muss High School in Israel during the end of her 10th grade, she returned home stating that she wanted to join the Israel Defense Forces when she graduated so she could serve her country. Aliyah was not quite on the radar at that time. She then spent a gap year on a Conservative Judaism program called Nativ, and that sealed the aliyah "deal." She was drafted a year later.

Lainey is my role model because she is beyond amazing. She, too, left her family far behind for love. The love of Israel called her to move to a foreign country (though our homeland). She spoke a little Hebrew yet was recruited into an elite intelligence unit and signed for four years without knowing what she would be doing and faced every challenge with heart and bravery.

She then signed on for an additional two years. What's most impressive about all of this is that she is completely humble, serving for all the right reasons with no bravado as she is sworn to secrecy about what she does. What 20-year-old (now 25) can do this? She has an incredible sensitivity and is an extremely devoted friend to all who befriend her. Last Thanksgiving, she married a wonderful man in Israel, Yair, whom we love and adore.

I know I played a role in her development, but she's taken her commitment to Israel and the Jewish people to a completely new level. I am so very proud of her and proud to be called "Lainey's mother" instead of her always being referred to as "Nina's daughter"!

I loved my mother very much and love my daughter beyond words. We are a family that has passed down the love and loyalty to our people and homeland from generation to generation. Happy Mother's Day!

Nina is the president of Jewish National Fund Women for Israel.
PLANT TREES IN ISRAEL