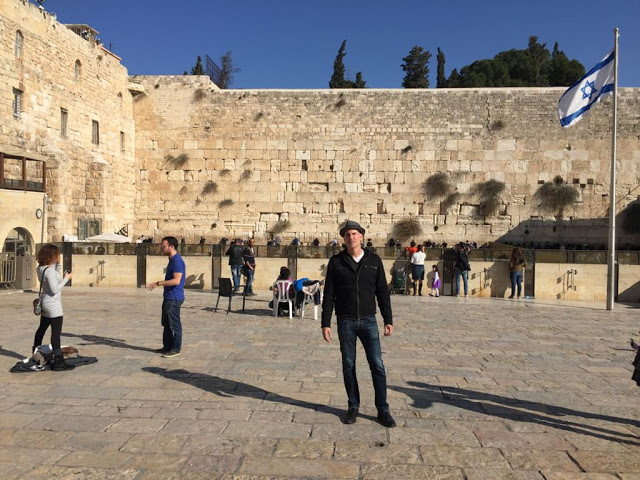 With just a few Facebook messages and some phone calls, tens of thousands of Jews marched together in New York City to combat anti-Semitism. Yet could we even imagine a similar rally in support of Shabbat observance? How much of the power of our unity as a Jewish nation has been given over to those who hate us?
How did it come to be that our ability to bond with one another has become contingent on negative forces from without, as opposed to positive forces from within? Is too much attention being paid to the suffering of Jews as the primary driver of our continuity and unity as opposed to the gifts of the Jews?

While shared oppression is a sort of unifier, the “unity” it creates seems to be far less powerful than the proactive aspects of our tradition -- namely, our unbroken chain of mitzvot observances such as Shabbat, kashrut and Torah study. When we give our unity over to oppressors, we make mistakes. We inadvertently make our bonds with one another contingent on the animus of our enemies, and we neglect to teach our children about the wisdom and beauty of Judaism. As a consequence, we become a weaker people motivated by fear as opposed to a strong people of faith.


Rabbi Simon Jacobson wrote the book "Toward a Meaningful Life" to purvey the wisdom of the Lubavitcher Rebbe for a wide audience. The Jerusalem Post strongly criticized the book when it was first published in 1995 for excluding two subjects the paper considered essential to understanding Judaism: the Holocaust and anti-Semitism.

But in his pursuit to write a book that strove to share only the most relevant themes of the Rebbe's thinking, Rabbi Jacobson was correct in omitting the Holocaust and anti-Semitism. Perhaps surprising to some, those subjects were not crucial to the Rebbe, who rarely spoke or wrote about them. They were important issues, but compared to uplifting ideas such as instilling hope, love and unity in the Jewish people (and beyond), the Holocaust and anti-Semitism were more like tragic footnotes. Today, for many Jews, anti-Semitism and the Holocaust have become central to their Judaism.

While I strongly believe in discussing and examining the Holocaust, successfully passing Jewish values on to the next generation requires our children receive a message that soars well beyond mere victimhood. Yes, we must take measures to protect ourselves. Yes, we must discuss ways to keep one another safe and to safeguard our security by every effective means. But we never should make the source of our unity contingent on the dark motives of our enemies.
My views on anti-Semitism have undergone an evolution over the years. 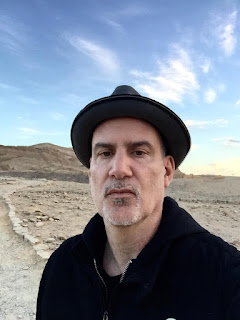 I grew up in the Minneapolis suburb of Saint Louis Park, a place often referred to as Saint "Jewish" Park, for the 7 percent Jewish population who made their homes there. In 1974, I was in eighth grade. One day, I saw Nelson, Stuey, and Craig. They were hip-checking kids into the tall metal lockers that line the halls, and although none of the three was on the school’s hockey team, they seemed genetically predisposed to playing the sport -- and playing it well.
They were the three kings of the Westwood Junior High's dirtball dynasty, young hoodlums who regularly and without fear skipped school, smoked filter-less Marlboros and shouted “(insert invective here)” to students and staff members alike, save perhaps for the Jew-hating shop teacher with whom they forged an abiding friendship.
To the left and right of me, hapless students flew, body slammed into the lockers with alarming speed. It didn’t escape my notice that these unfortunates had not been chosen randomly. There went Brian. Next, it was Shelly and then, Alvin. As I rounded the corner, Stuey grabbed my second cousin Elaine by the shoulders and slammed her face-first into her locker. All these kids were Jews. They were selected for no other reason than their Jewishness.

I envisioned grabbing Stuey by his neck with both hands and clawing at him until my fingernails pierce his skin and blood spurts from his jugular. I wanted to take the clear plastic aquarium algae scraper I made in shop class this very morning and use it gouge out one of Nelson’s eyeballs. In my daydream, Craig would try to run, but I catch him by his mullet and shove his head into Elaine locker. I slam her locker door on him again and again.
My daydream came to an abrupt halt when Stuey said, "Himmelman, it’s your turn to meet the lockers, you (insert invective) kike." Without a word of warning, he clouted me with a stinging jab right to my nose. It was the first time I’d ever been hit in the face, and while it was agonizing, the blow also somehow was euphoric. I was super-charged with adrenaline. I felt as if I was on fire. But, of course, I didn’t hit Stuey back. God, no. I simply stood there, glowering at the three of them, blood dripping from my Jewish nose. And for the first time in my life, I felt downright heroic. I looked around me and I saw that for now, at least, our bitterest enemies had stopped hip-checking what felt like the entire Jewish nation.
Six months after that incident, it was summer vacation. We Himmelmans flew from Minneapolis to New York and from there, non-stop to Lod Airport, just beyond Tel Aviv. In less than two days, I was on a towel on the beach in Netanya, looking out at the cerulean blue of the Mediterranean.
As I lied on the hot sand, Mirage fighter Jets with blue Jewish stars emblazoned under their wings suddenly streaked so low across the water that I could smell jet fuel. As they screamed overhead, the whole beach seemed to shake. With a strange sense of clannish satisfaction, I stared up at the planes as they roared and finally rocketed out of range.
Don't look for hate, look for love
My youthful experiences gave me a sort of primitive, limited, almost tribal relation to my Judaism. It was almost as if I’d seized upon a pride and love for being Jewish, not out of love for our traditions and culture, but out of hatred for our enemies. In other words, I’d bonded with my fellow Jews, not over the beauty and positivity of Shabbat, but over my fear and animus to those who hate us.
I’ll leave you with a recent vignette. You could say it depicts where my "evolution" has taken me.
I was in Crown Heights, Brooklyn, a couple of weeks ago. I had just come up out of the subway when a strong wind whipped up and blew the black hat off a young Chassidic man. Who went into the middle of a busy street to return the hat? A young African-American man.
If you’re looking for hate, you’ll find it. A lot of it.
If you’re looking for love, you’ll find even more. Love always has been, and always will be the greatest source of strength and unity.
Peter Himmelman is an American singer-songwriter and film and television composer.
PLANT TREES IN ISRAEL